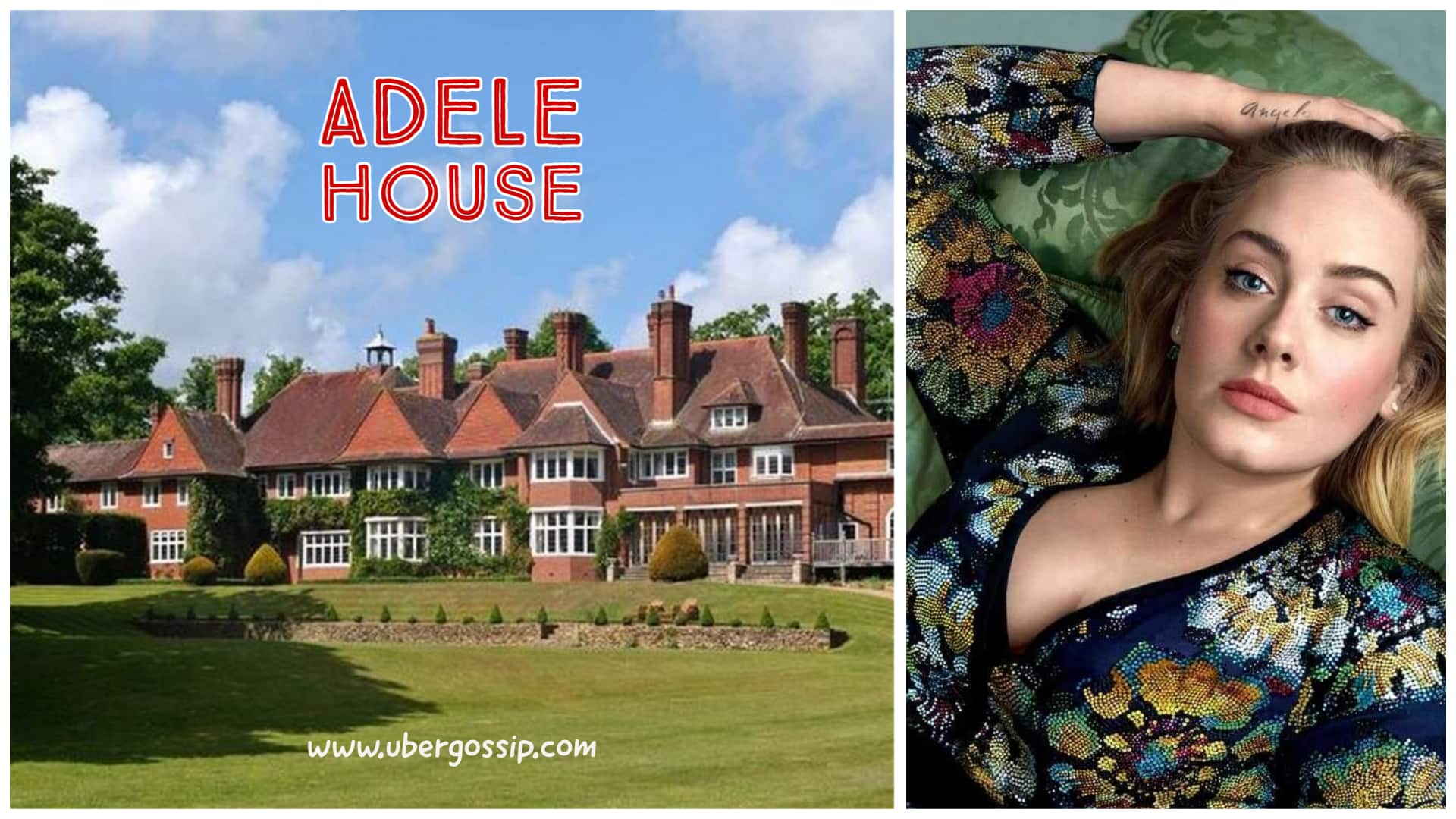 Adele House – $20M Beverly Hills Home: It’s a great honor to be one the most loved singers around the globe. Adele owns not one, but three Beverly Hills homes that are all located on the same street. You can see inside her main home, which she bought in 2016 for $9.5million. She has also shared photos via social media throughout the years.

To promote her new album 30,, the 33-year old has been on a tour via Zoom with several top-end radio stations via Zoom. The singer was seen sitting in what appeared to be her study. She had shelves behind her filled with interesting items. The house’s exterior is white and the interior is clean and white.

Adele enjoys all kinds of reading. Her book collection includes photo albums such as Mark Daly’s Unseen London, Fashion Weddings: Brides and Dresses, and Peter Andrews’ 2001 architectural guide The House Book. However, Adele had many musical interests, as Rolling With the Stones was written by Bill Wyman and Life with Earth by Maurice White, the band’s founder.

On one shelf is a bust of William Shakespeare, while small matching lamps with twisting bases and gray shades are on shelves above the singer’s shoulders. The one on top rests on a stack of books while the other is beside what appears to be an Egyptian mummy statue with a gold casing.

Adele gave fans a complete tour of her downstairs living areas in a Vogue video on October 21, 2021. She said that she wanted her home to feel like it was in the English countryside.

Adele has shared photos of her amazing fireplace and TV set-up in her living room. The large-screen TV is placed over the fireplace which is open from both sides. In 2020 , the “Hello” singer took a photo in front of it while she was watching a YouTube video by Beyonce and wearing Queen B’s exact costume print.

Adele bought the houses surrounding her primary residence. Adele paid $10.65million for a house across the street with a large yard and a swimming pool in 2019. The singer purchased her good friend Nicole Richie’s four-bedroom and four-bathroom home in May 2021 for $10 million.

Although it is not clear what Adele plans to do with the adjoining properties, she has made herself quite the Beverly Hills land baron. She owns a $30 million portfolio. In her November 2021 Vogue cover article, Adele stated that she couldn’t afford London-area real estate despite having a $190million fortune according to Celebrity net worth.

“The type of house I own in L.A. London is something I couldn’t afford. The London native said that she had never lived in London. She explained that her childhood was spent mostly in a car or in a building. She longed for fresh air and a place where she could see the sky.

If you really enjoyed Adele House – $20M Beverly Hills Home tour, I’d be very thankful if you’d help it spread by emailing it to your friends, or sharing it on Twitter, Instagram or Facebook. Thank you!